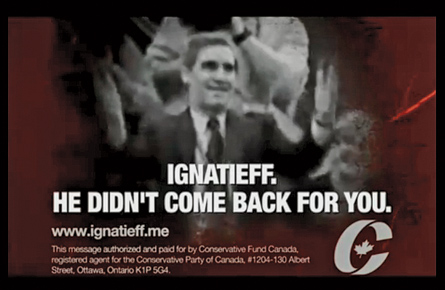 As Canada’s 43rd general election limps to a welcome conclusion, it won’t be remembered for creativity in marketing and communications.

Rather, we’ll remember the shocking Trudeau blackface scandal and the missteps of Conservative leader Andrew Scheer, including the weird coverup of his American citizenship and the decision to pay one-time Liberal strategist Warren Kinsella to undertake what political pros call “ratfucking” against the People’s Party.

The ads were anodyne and forgettable. Even Trudeau’s hair, the star of the the Liberal’s 2015 campaign, needed a touch up.

It wasn’t always this way. In previous elections, the parties used TV ads to powerfully frame the issues and their opposition.

Like this iconic Liberal ad from the 1988 federal election that focused almost entirely on the Free Trade Agreement between Canada and the United States. It could be the best Canadian political ad ever – powerfully simplifying a complex issue in a way that triggered an emotional response in voters.

In 2006, the Conservatives pulled the neat trick of using a negative ad to attack Liberal Prime Minister Paul Martin for going negative. It’s a classic of  the genre with the black and white photography and ominous music.

When done well, a 30 second TV spot can effectively frame a candidate. Stephen Harper’s Conservatives used this with devastating effect against Michael Ignatieff, the Liberal leader who, on paper, looked like a dream candidate to be prime minister. That dream became a nightmare after a stream of ads like this with the tagline “he didn’t come back for you” that undercut his positioning and made Canadians question his motives.

Justin Trudeau burst onto the scene seemingly preordained to become prime minister. Son of one of Canada’s most famous – and divisive – prime ministers, 2015-era Trudeau brought youthful vitality and excitement to a Liberal Party that had been smacked around by Stephen Harper. This “escalator” spot used a solid visual metaphor and a great performance from Trudeau to help him stand apart from the Tories and NDP. You might wonder where that creativity went four years later.

When it comes to the worst ad in Canadian political history, there’s no contest. The “Face” ad from the Conservatives during the 1993 campaign backfired spectacularly. It was mean spirited and unCanadian, implying that the Bells palsy that distorted Liberal leader Jean Chretien’s face somehow made him unqualified to be prime minister. Small wonder that the election saw the incumbent Tories decimated, sending only two MPs to Ottawa (including, of course, Saint John’s inimitable Elsie Wayne). Chretien went on to win three back-to-back majorities.