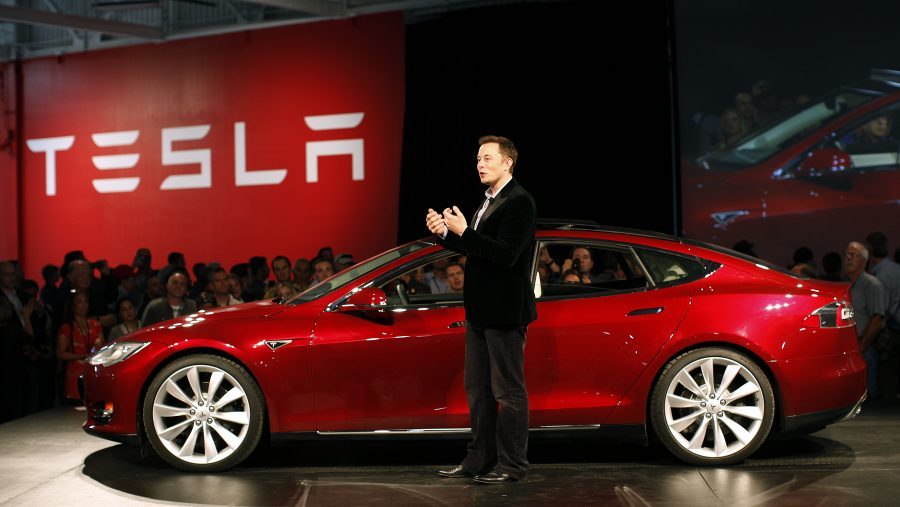 The Tesla Story Is Worth Billions

Tesla is a pretty small company compared to the Big Three group of automakers.

But it’s now worth more than Ford based on a recent market capitalization estimate of $51 billion, and (as of today at least) the company is fighting for the top spot against General Motors.

The cars are cool and Elon Musk is a powerhouse innovator with interests ranging from electric cars to solar energy, space travel and the bold Hyperloop project.

But the economics don’t match the hype. Why is Wall Street buying in?

It’s because Tesla has an amazing story.

From the New York Times:

In that regard, Tesla has ascended into a rarefied realm of so-called story stocks — companies that have so bewitched investors that their stock prices are impervious to any traditional valuation measures because their stories are simply too good not to be true.

Ron Baron, the billionaire investor and founder of Baron Capital, disclosed last year that he owned about 1.6 million Tesla shares. He predicted on CNBC in February that Tesla shares would quadruple by 2020 and triple again by 2025. By then he expects Tesla to become the largest company in the world as measured by market capitalization.

So what is that Tesla story? A big part of it is centered on the persona of Musk, who has proven he can both come up with big ideas and successfully execute them — like the launch and safe return of the newest reusable Space X rocket.

To his believers, Musk and his team at Tesla are not just introducing a new car, they are designing an entirely new way for consumers to use vehicles. It’s not just that the cars are powered by electricity, it’s also that Tesla is making rapid progress on autonomous (self-driving) cars.

Now take that one step further. In Elon’s future, you won’t own a car. You will get a Tesla when you need it, just like you do with Uber today, except that Tesla will own the fleet of vehicles and the car will not need a driver.

It’s one time the overused word “disruption” is actually appropriate. It’s a disruption of two massive industries – oil and automotive.

Musk showcases the kind of vision even the quarterly-profits-driven Wall Street crowd can get behind.

And how much has Tesla spent on advertising to promote this vision? $0.

Nada. Nothing. They don’t advertise on TV. Compare that to the big automakers that regularly spend billions on largely forgettable marketing.

Musk is incredibly shrewd in understanding that it’s not enough to be a wildly ambitious innovator. You also have to make sure people see it in action. With his strategic use of media interviews, product launches and social media, Musk is able to frame and tell Tesla’s story in a way that consumers, investors and journalists want to learn about.

By comparison, no one gives a damn about the story of a Camry.