Prior to the Trudeau photo scandal, this was “the Seinfeld election” – it was about nothing. There was no big policy issue dominating the campaign. The Liberals were trying hard to make it a “values campaign,” focusing on wedge issues like immigration, LGBTQ rights, abortion and so forth where there was daylight between them and the Conservatives. And for the first few days of the campaign, that was working.

When a campaign doesn’t have a clear policy issue, particularly one that is binary like the free trade election in 1988, it often becomes about personality, mostly the personality of the party leaders.

People ask themselves which leader is most like me? Who do I think represents my values? Who would I want to have a beer with?

That’s why the parties spend millions on TV ads and other marketing tactics. They want to shape those perceptions and make their candidate seen positively and the other leaders viewed negatively. They work hard to create a positive emotional response in voters.

The Trudeau photos landed like a hand grenade in the campaign. They were ugly and offensive, so I won’t bother to post them here – you’ve already seen them hundreds of times. 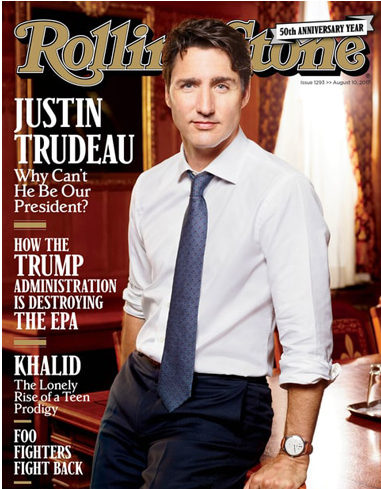 The photos hurt Trudeau so much because it was so off-brand. Trudeau very carefully portrayed himself as Canada’s woke prime minister. He brought gender balance to his cabinet and said all the right things about LGBTQ and immigration issues. He portrayed himself as a modern progressive. That earned him global attention – it’s hard to imagine Stephen Harper or Jean Chretien on the cover of Rolling Stone magazine.

He was the world’s Internet boyfriend. But now people are asking if any of this was real or was it purely political calculation?

Trudeau started the campaign with high unfavourable ratings. A lot of people really didn’t like him in a weird, visceral, angry way. They thought he was a smug, entitled rich kid. The photo scandal reinforces that view.

Now we’ve entered into a new scandal about *checks notes* the Saskatchewan Insurance Act. Was Tory leader Andrew Scheer really an insurance agent? As “This Hour Has 22 Minutes” quipped, even his scandals are boring.

We’re more than halfway through the election. No issue has dominated the discussion despite the many challenges facing the country. It has all been personal attacks and cheap “gotcha” journalism.

Then there are the campaign slogans. The Liberal’s is a study in blandness: “Choosing Forward” while the Conservatives have come out with a weirdly unCanadian “Helping You Get Ahead.” Neither have resonated among voters.

On October 21, Canadians will head to the polls to elect our next government. At this stage, the polls seem to be predicting a minority government. No party has made a compelling case to Canadians. The marketing of candidates and ideas has ranged from awful to forgettable.

Who’s winning the election marketing war? No one.